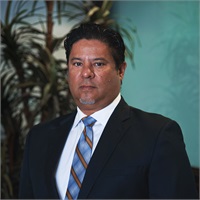 Walter Valenzuela is the managing director of Tidewater Financial. Working from a sincere commitment to serve, Walter specializes in developing conservative growth strategies while preserving capital. He’s been making a positive difference in the lives of his clients and their families for nearly three decades.

After completing degrees in business finance and economics at SDSU in 1992, Walter began working in the financial industry. While finishing his economics degree, he did an internship at a financial institution and discovered a natural affinity for the work. He became a top producer at ML Stern, Southwest Securities and Hilltop Securities before founding Tidewater Financial.

Walter believes deeply in doing what’s right and works tirelessly to ensure his clients are on a path for financial security. He focuses on preserving clients’ irreplaceable dollars. He is especially skilled at helping clients living on fixed incomes. Professional, honest and dependable, Walter has developed an impeccable reputation of honesty from his years of dedicated service.

Walter grew up in San Francisco in a hard-working, close-knit Honduran family. A dedicated husband and father, he lives in Encinitas, California with his wife, Kimberly and their three children, Mateo, Joaquin and Talia. When he has free time, he enjoys outdoor activities with his family, especially biking, golfing and surfing.