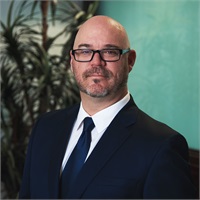 A student at UCLA and graduate of Point Loma Nazarene University, Mr. Parker began his
career as an advisor in 2001 with ML Stern. He continued his career with Southwest Securities,
and later with Hilltop Securities where he served as Sr. Vice President and eventually as
Managing Director. Most recently, Justin has been working as an Investment Advisor for McBee
Advisors, INC.

Mr. Parker and his wife Alissa are the parents to two young daughters. Rylee, 15, is a
sophomore at Cathedral Catholic High School, while Dylan, 10, is in the fourth grade at St. John
School in Encinitas. Alissa is a Real Estate Agent and has written many books regarding fitness
and health. She also is the proud owner of her own dietary supplement company. Their
daughters are quite the entrepreneurs in their own right. Rylee, owns her own cosmetic and
clothing company, while Dylan is a YouTube personality who reviews toys for other youths. The
Parker family enjoys traveling, surfing, and of course cruising down the 101 in one of the
family’s classic cars.